Originally posted by John Maher on the Cal-look Lounge, February 2009:
crankcase prep 101…. any hints and tips?

I’ve found a few things that help a lot with internal oil control and case windage.
Long stroke, high rpm engines are the most problematic and stand to gain the most from any internal mods that make it easier for oil to return to the sump ASAP.

Equalising pressure between front and rear case halves improves windage and reduces the amount of oil getting beat to death by the crank. 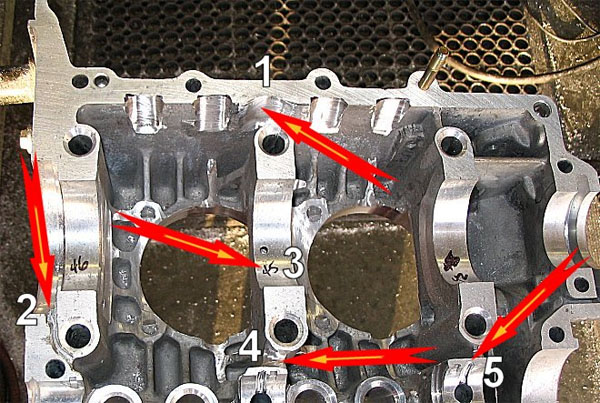 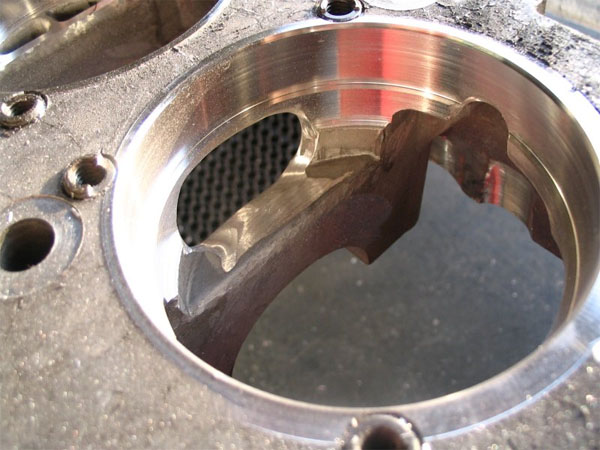 Ported case – as mentioned above 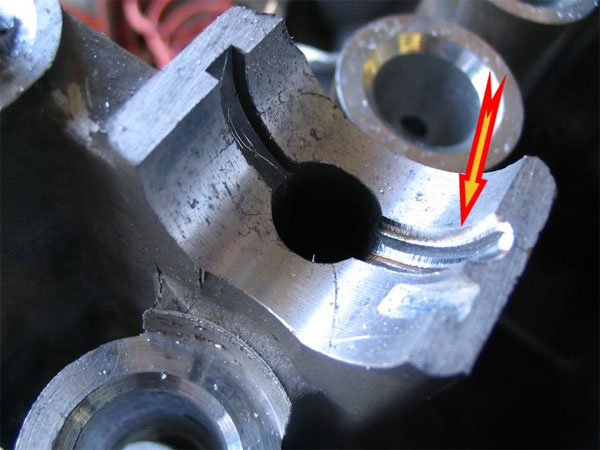 Drilling through to allow oil flow to rearmost cam journal (nearest oil pump) in right case half. Also involves drilling down into the new longer hole from the saddle nearest oil pump (as per Bob Hoover’s HVX mods). Main benefit is much improved oiling to the cam follower bores and will reduce lifter bore wear, especially on stock mag cases. Can be a tricky operation. See next pic for why… 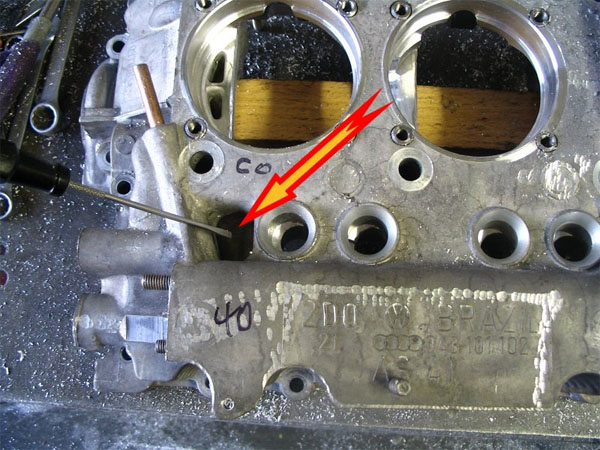 Cases often have the long cam oiling drill hole run off centre. Lengthening the drill hole on such a case can result in breakthrough in the bottom of this recessed area. BIG problem! 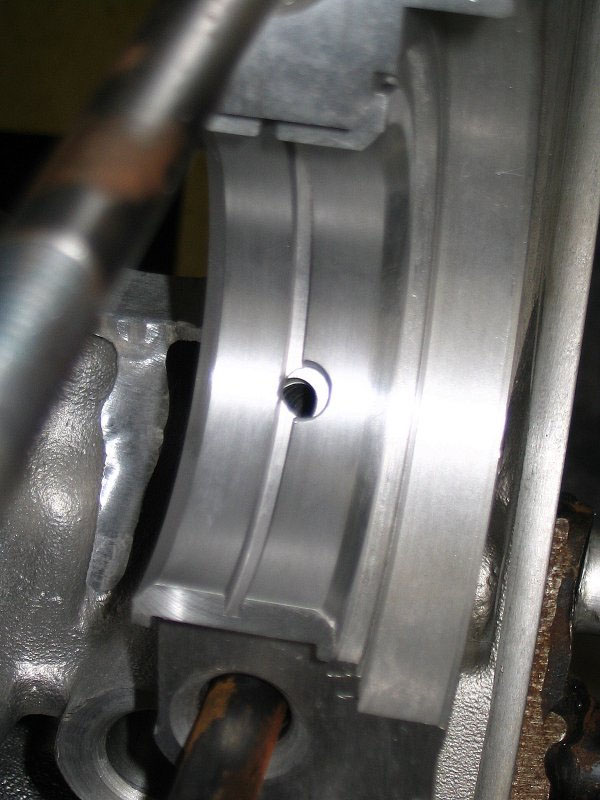 Check oil hole alignment on all bearings. More of a problem with aluminium cases than stock and definitely an issue with flanged crank bearings.

On flanged cranks with all Type 4 mains I relocate thrust to no3 and use stock Type 4 split centre bearings in no1 location . Eliminates issues with poor tolerances I’ve found with the sawn in half style thrust bearings and (so far) appears to work fine for long term use – even on regularly used/abused street cars. Note: the pic shows Scat supplied split no1 which was later replaced with no3 thrust mod.