Over the past 10 years or so there have been countless stories of high performance aircooled VW engines experiencing premature camshaft failure. It has been and continues to be a regular discussion topic on the various VW internet forums. Why does it happen and what can you do to prevent it? 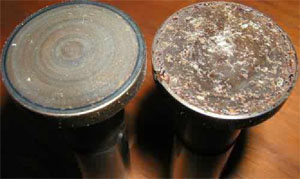 Camshaft failure early in the life of a VW performance engine is no fun. Replacing the cam and followers requires a complete teardown of the engine. Cast iron particles from the cam lobes circulate through the entire oil system, damaging bearings and possibly the crank journals, cylinder walls and piston rings. Some owners have been unfortunate enough to go through this cycle several times with the same engine, having covered less than a few hundred miles in the process. A variety of solutions have been offered by hundreds of forum contributors. Avoid ‘Brand X’ cams… use ‘Brand Y’ lifters… have the lifters specially coated… you must use ‘Brand Z’ cams with ‘Brand X’ lifters… use super-expensive unobtainable ceramic lifters… etc… etc.

Confused? It gets worse. There are the follow-up posts where the magical combination that worked so well for one person results in yet another flat cam for somebody else – especially frustrating if the recommended ‘solution’ involved considerable expenditure on super trick parts and special coatings. Suddenly, building a high performance engine that might make it to the 1000-mile mark without requiring a major overhaul was looking like a game of Russian Roulette.

When the flat cam stories first started filtering through many years ago I was naturally concerned. Nobody wants to put a lot of time and effort into building an engine only for it all to go pear-shaped early in its life. I was already operating a careful camshaft break-in routine on all my engine builds and as far as cam failure was concerned, I’d only seen it happen twice over a period of several years. In both instances they were high lift, long duration race cams. I put the failures down to race oriented wear and tear. As time went by the scare stories increased. I started to see an increase in pitted cam followers on some race and street/strip engines. Sometimes one or more followers would look rough, although the cam lobes generally checked out OK.

Despite people pointing the finger of blame at the camshaft companies and lifter manufacturers, I couldn’t find any evidence the suppliers had changed materials, manufacturing methods or final processing. The answer had to lie elsewhere. Also, the issue hasn’t been isolated to the VW community. Owners of flat tappet V8 engines were experiencing the same problems. There had to be some connection between the two and V8 owners weren’t using VW cams or lifters. It had to be something else….

An engine’s valvetrain converts circular motion (rotating camshaft), into a linear motion (opening and closing valves) via the followers, pushrods and rocker arms. Modern production engines have no pushrods, often use an overhead cam design, or low-friction roller lifters and may have billet steel cams as opposed to the VW’s pushrod, flat-tappet and cast iron cam combination.
Note: the V8 guys experiencing the same problems had essentially the same flat tappet valvetrain design as the VW. V8s equipped with more expensive roller lifters and billet cams had no issues.

The cam lobe wipes across most of the lifter’s diameter, creating high shear loads

Valve spring pressure ensures the follower tracks the cam lobe at all times. This creates a high shear load between cam lobe and follower, wiping and squeezing the oil from between the two parts. In a typical performance engine, fitted with high lift cam and increased spring force, maintaining this protective layer is critical if the cam and followers are to survive.

The science bit
ZDDP (zinc-dialkyl-dithiophosphate) is the ingredient capable of providing the necessary protection. ZDDP is attracted to a cast iron cam lobe by heat and friction and forms a protective layer, preventing cam lobes and followers coming into direct metal-to-metal contact with each other. Until recently the majority of automotive engine oils contained adequate quantities of ZDDP to provide the protection our VW cams and followers need to survive (approx 0.12%by volume). The drive towards cleaner emissions, improved fuel economy via low viscosity oils (e.g. 0w30, 5w30), and the desire for longer drain intervals spelled the end for ZDDP as far as modern car manufacturers are concerned. The phosphorous content of ZDDP and its associated ash content has a detrimental effect on the catalytic converters fitted to all new petrol-engined cars. Consequently ZDDP levels were reduced and new replacement additives were incorporated in accordance with requirements dictated by the American Petroleum Institute (API) – the oil manufacturers’ governin

The new oil formulation doesn’t present a problem for brand new production cars where manufacturers adopt cam and valvetrain designs compatible with the new oil recipe but it doesn’t provide sufficient protection for an air-cooled VW engine where the surface hardness of the cam and followers isn’t compatible with reduced ZDDP content or newer ZDDP replacements.

In the search for oils still formulated with ZDDP, some engine builders have switched to brands designed for use in diesel engines. However, newer diesel engines are now being fitted with specially designed catalysts and as a result, ZDDP is also being withdrawn from diesel oils. Some motorcycle oils have ZDDP at sufficient levels for VW protection but include additives designed for use with wet clutch systems – not a requirement for an air-cooled VW engine.

Fortunately it’s not all bad news. Suitable oils are available from specialist suppliers. In the course of my research I had several long conversations with the people at Millers Oils, an oil company based in the UK. All oils marketed under their ‘Motorsport’ and ‘Classic’ brand names contain sufficient quantities of ZDDP for flat tappet engines, including the air-cooled VW. Neither range is targeted for use in current production vehicles and therefore has no need to comply with the new API legislation. 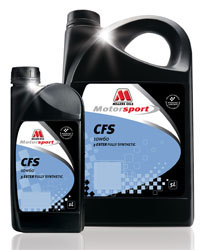 For several years I’ve been using ZDDP enriched oils from the Millers Motorsport range: a mineral oil for break-in and then switching to a full synthetic for full load testing. Their Competition Running-In Oil (CRO-10W40) is a mineral oil, formulated with a sophisticated additive package to provide full protection for all highly stressed components (such as cam and followers) but also allowing the optimum bedding in process for piston rings and cylinder bores. CRO is rated for 500 miles on the road or five hours on the engine dyno when following a specific break-in process.

In the second part of this article: preparing your engine for its first fire-up, breaking-in the cam and followers, plus more in-depth info on choosing the best oil for your high performance engine.