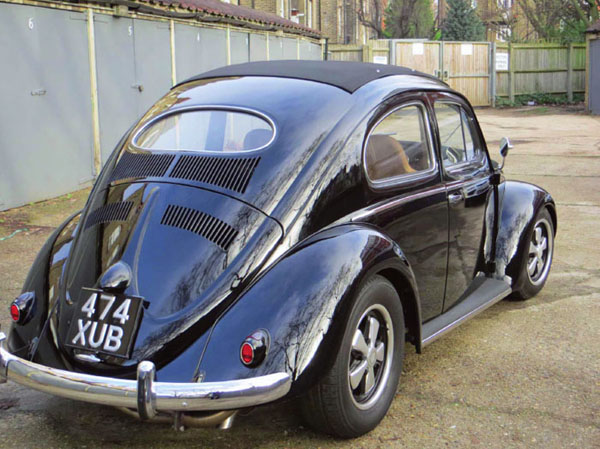 The first step in preparing an itemised engine specification is to get a clear picture of what the engine will be used for e.g. daily driver, street/strip, race only etc. Some people come to me with a very clear idea of what they want, or maybe there’s a certain look or style that dictates specific components must be used.

When Charlie Baigler enquired about a performance engine for his 1953 Oval, I assumed 48IDAs would be part of the overall picture – being the traditional carb of choice for hot street cars built along Cal Look lines. During our conversation it became clear Charlie was open to suggestion on just about the entire specification. His priority was good all round performance, excellent driveability and enough horsepower to keep up with all but the the highest powered sports cars on the street. 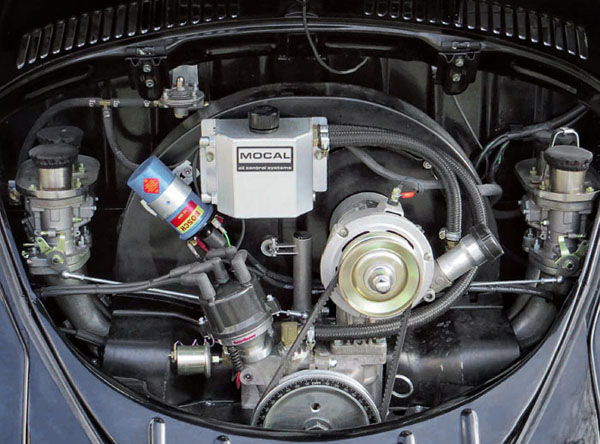 I suggested a capacity of 2276cc, using an 82mm crank and 94mm pistons. This would be big enough to deliver torque in the 170ftlb region. When asked for a target power figure, I suggested the engine would make in excess of 160bhp at the flywheel. Charlie was happy with those torque and power targets, so I set about compiling the rest of the spec.

Cylinder heads are one of the most important components in any engine build. If they don’t flow sufficient air, the engine will fall short of the power target. The easy path to bigger flow is larger valves and ports. But go too big and you have a lazy inefficient port that performs poorly at low and mid-range rpm. I opted for 42mm x 37.5mm 044s. The easier route would have been to go with a larger 44mm inlet valve, but with some careful porting it’s possible to make the 42mm valve flow more cfm and have greater port velocity than an off the shelf CNC ported 44mm valved head. The advantage this offers is greater cylinder filling, and therefore more torque, power and throttle response… i.e. the port is smaller, faster, more efficient and will work much better across a wider rpm range than a large port with slow airspeed. 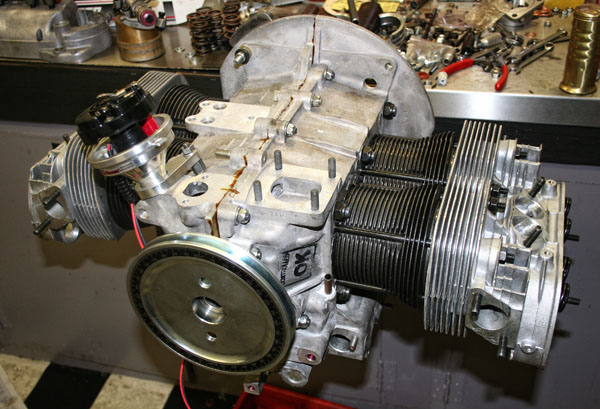 In terms of carb choice, I used similar reasoning. I opted for a carburettor that wouldn’t restrict power at the top end. 48 IDAs would easily flow enough air to feed the engine at maximum cfm demand but at lower rpm and part throttle openings air velocity in the port would suffer. Based on the work I’ve done with 2110cc bus engines over the past several years (where I’ve been making 150+bhp with 40 IDF Webers), it was a safe bet that a pair of 44 IDFs could flow enough to make well over 160bhp.

Camshaft is an Engle FK10 with 1.4 ratio rockers. Total lift at the valve was 0.540″ (13.7mm), sufficient to make good use of the flow available from the heads and not too excessive on duration to hurt low range performance.

I used a 42mm CSP Python exhaust. Charlie liked the fact it tucks neatly under the car, although the angle of the silencer had to be modified slightly to clear the right rear tyre. Apparently this is only an issue on early Beetles. I understand CSP may be offering silencers with tweaked pipework to make this a bolt-on installation in the future for other early Beetle owners. 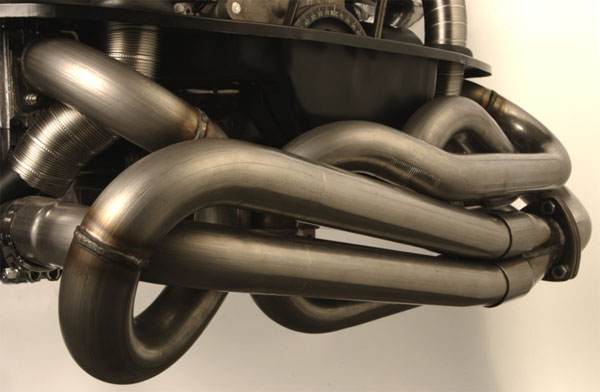 Deck height was set at .045″ (1.14mm) and combustion chamber volumes reworked to 59cc. Compression ratio is 9.5:1 and runs on regular unleaded fuel. 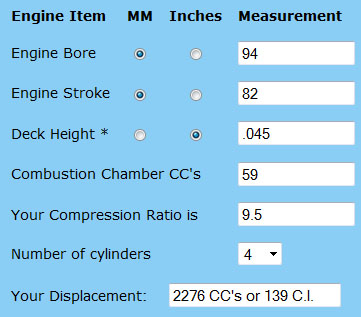 The fist full throttle pull on the dyno saw power nudge just over 170bhp. With some fine tuning to the carbs and ignition the final peak figures for power and torque were 179bhp @ 5900rpm, with 177ftlb of torque @ 4500rpm. Torque target for a healthy street engine is normally around 75ftlb per litre. This one comes in at 77ftlb per litre. It was a bonus that peak torque occured as low as 4500rpm, which is good for street driveability but will ultimately penalise maximum power output. The fact it made 179bhp below 6000rpm came as a pleasant surprise…. very respectable horspower figures without having to run excessive rpm to get there.

The engine is bolted to a Berg 5 speed transmission, built by Peter Englezos at Cogbox. The whole engine and transmission installation was carried out by Luke Theochari of Terry’s Beetle Services. 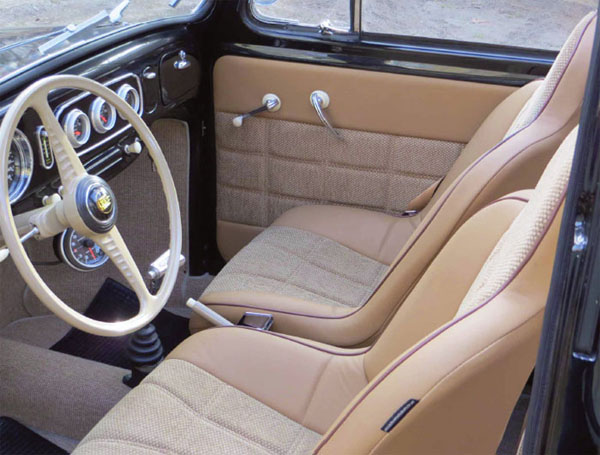 The interior is a classy mix of old and new. Upholstery by Bernard Newbury

A brief rundown on the engine specification:

Below is one of the four pages of dyno data recorded during each acceleration test. These figures are taken from just one of the several tests carried out enroute to the final figures presented in the graph above: 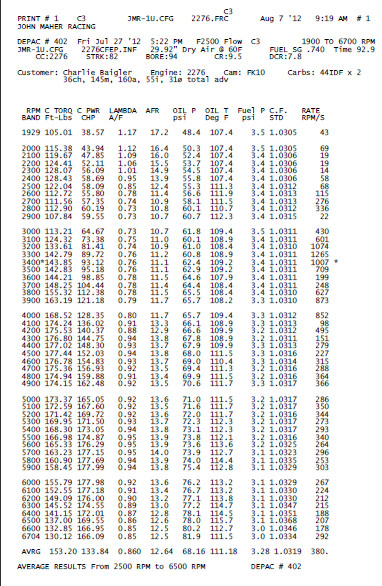 A sample of just some of the data recorded during a single dyno test, courtesy of the JMR DEPAC equipped Stuska engine dyno 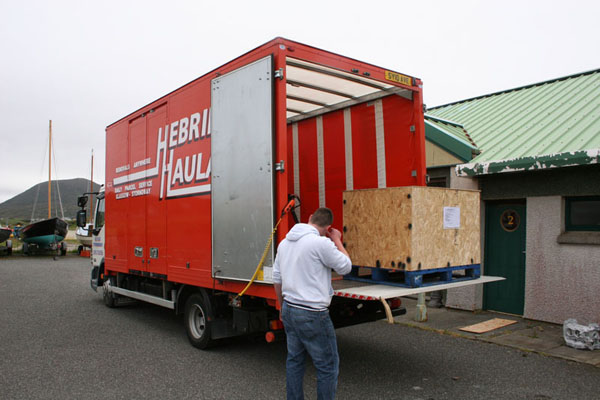 Done and dusted, crated and collected – the engine leaves JMR and will arrive at Terry’s Beetle Services four days later.