As outlined previously in Part 1 of this series, the aim of Project 2110 is to design and build an engine that delivers strong torque across a wide rpm range. Before discussing the pros and cons of various bore and stroke options, a quick discussion on TORQUE and how it relates to engine capacity….

A normally aspirated engine’s peak torque output is very closely related to its capacity . If you have access to torque figures for a variety of engines, you’ll generally find peak torque falls between 65ftlb and 85ftlb per litre. There are some notable exceptions…. very highly developed engines (eg F1, NASCAR, NHRA Pro Stock) make in excess of 90 ftlb per litre but most street driven vehicles tend to fall in the 65 to 75ftlb/litre range.  You may have seen articles referring to BMEP (Brake Mean Effective Pressure) when referring to engine efficiency. BMEP calculates the average pressure exerted on the piston during the power stroke. This is simply another way of comparing torque per litre from one engine with another of a different size, i.e. engine efficiency. More on BMEP in a future article.

The reason torque output is so closely related to engine size is a (relatively) straightforward matter of physics. For the sake of argument, take a four cylinder engine with a displacement of exactly 2 litres. In an ideal world, each intake stroke would see all four cylinders ingest precisely 500cc of air-fuel mixture (500cc x 4 = 2000cc). If that were the case, our theoretical engine would have a Volumetric Efficiency (VE) of 100%.

In reality, VE is more often than not less than 100%, due to the fact the intake charge must negotiate various restrictions (e.g. carb, manifold, an intake port with twists and turns, valve guide boss etc etc) before reaching the cylinder. Camshaft duration and engine speed are also factors. VE changes with engine speed and load. The point at which the engine achieves maximum VE  is the rpm where maximum torque occurs i.e. this is where the engine is most efficient.

So why do some engines make 65ftlb/litre while others can manage 85ftlb/litre (or more)?
It’s all to do with Volumetric Efficiency:

The rpm at which that peak torque figure occurs will be influenced by a number of  factors e.g. camshaft choice, cylinder heads and carburetion – all of which will be covered as the project continues.

Bore
Having established the relationship between torque and engine capacity, it stands to reason that the larger the engine, the greater its torque potential. Increasing bore and stroke is the obvious route to take.  Looking at the chart below, the top row lists commonly available piston and cylinder kits along the top row. Project 2110 has a 90.5mm bore. 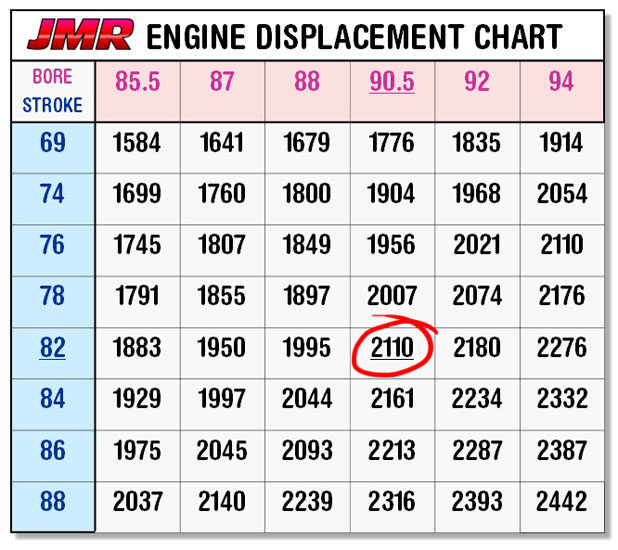 If your combination of bore and stroke doesn’t appear in the chart above, use the JMR Engine Calculator 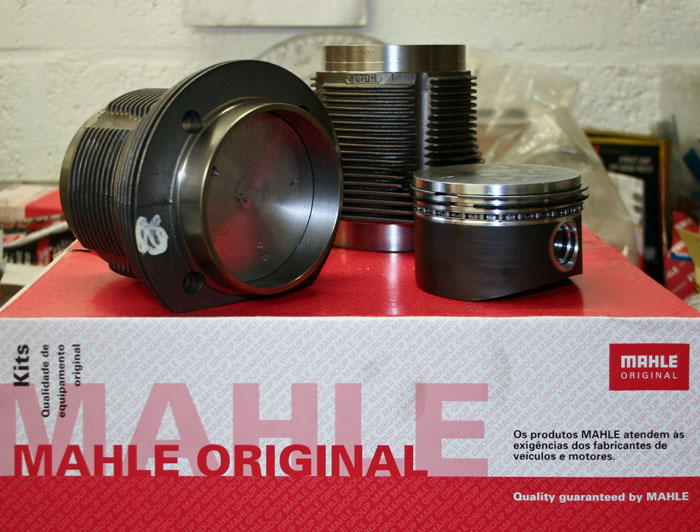 For a high mileage, street driven bus motor, 90.5’s have one more small advantage over 94’s. Having 3.5mm less bore diameter makes room for a little more cooling fin area. It’s not a dramatic difference but every little helps. That small increase in fin area, along with the thicker cylinder wall means the 90.5mm cylinders are more likely to stay round for longer than 92’s and 94’s. This isn’t a concern for an engine that sees very low annual mileage but if you plan using your vehicle on a daily basis and cram in several long distance road trips (often fully loaded with camping gear and supplies etc), I will usually recommend a max bore size of 90.5mm. With routine maintenance I’ve seen 90.5s make it past the 100,000 mile mark while still retaining good ring seal.

94mm cylinders would be my first choice if the emphasis was aimed more at top end power – the increased bore size frees up room for larger diameter valves and therefore higher flowing heads. With long term reliability being one of the main objectives of Project 2110, giving up some capacity to gain a little longer life is a fair compromise.

Stroke
The final decision as far as engine displacement is concerned, comes down to crankshaft stroke. The decision to use an 82mm crank is based on a mix of performance, reliability and value for money – in terms of horsepower and torque gains per £, $ or € . 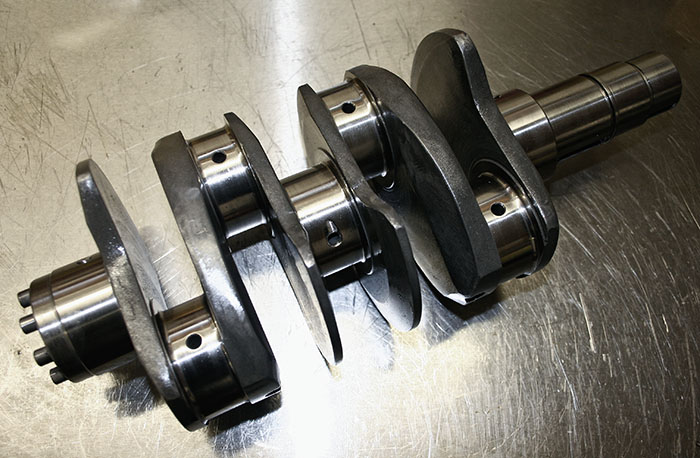 With many suppliers there’s little difference in price between an 82mm and 84mm crank. So why not choose 84mm, or even 86mm? An 84mm crank with Type 1 main bearing journals is more prone to flex at high rpm than a crank of shorter stroke (eg 82mm).  Many 84mm cranks (and larger), have smaller diameter rod journals, which makes it easier to squeeze the crank and rod assembly into the case. The so-called Chevy rod journal, as used on many 84mm and longer stroke cranks is 4.2mm smaller in diameter than the stock Type 1 journal. Reducing rod journal diameter while retaining the stock Type 1 main bearing diameter of 55mm further reduces rigidity, making it even more prone to flex. To address this issue, cranks are available with Type 4 diameter mains (60mm). That increase in journal size makes a big difference. But the extra strength comes at a price: a Type 4 main bearing journal crank will cost at least four times more than an 82mm Type 1 journal crank – plus it takes additional machine work to make it all work.

Yes,  the crankcase must be clearanced to take an 82mm crank and many people shy away for that reason (I touched on this subject in Tech talk #7: the ‘square engine’ myth). If you want to build a torquey street engine, it should be clear by now: “there’s no replacement for displacement!”

Sign up to the newsletter for email notification of the the next instalment.