Richard Cooper has been a JMR customer for over 20 years. This is the same car he had when he first visted my old workshop in Manchester in the early 1990’s. It’s a LHD standard 1200 model which has gone through various transformations over the years. When I first met Richard it was fitted with 1641cc engine. Today its running a fuel injected 2276cc motor, making 211bhp @ 6600rpm and 187ftlb torque @ 4600rpm. 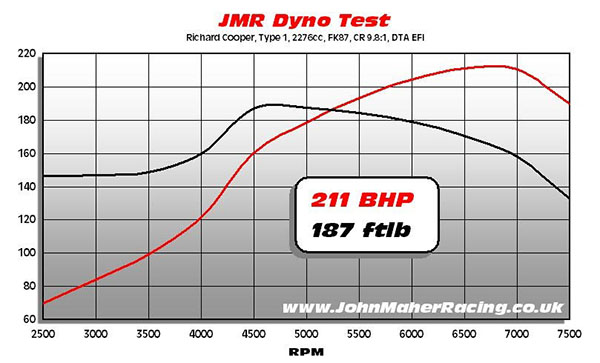 The DTA ECU allows me to dial in the optimum air/fuel ratio and ignition advance throughout the entire rpm range, making the car far more driveable on the street than if it were fitted with carburettors and conventional mechanical advance distributor.

Steering, suspension and brakes have been upgraded to suit the power output of the engine. It’s one powerful Beetle that looks, handles and stops as good as it goes! 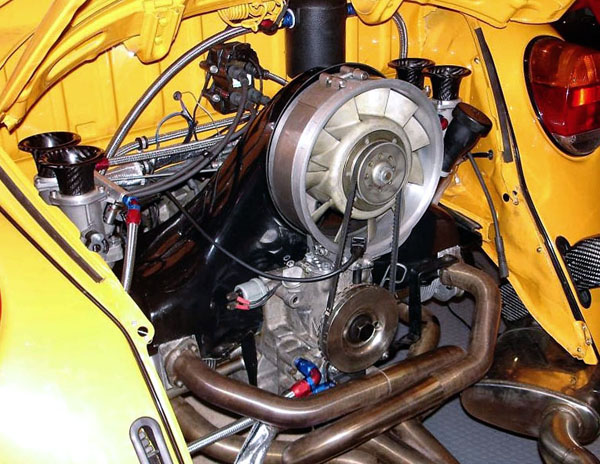